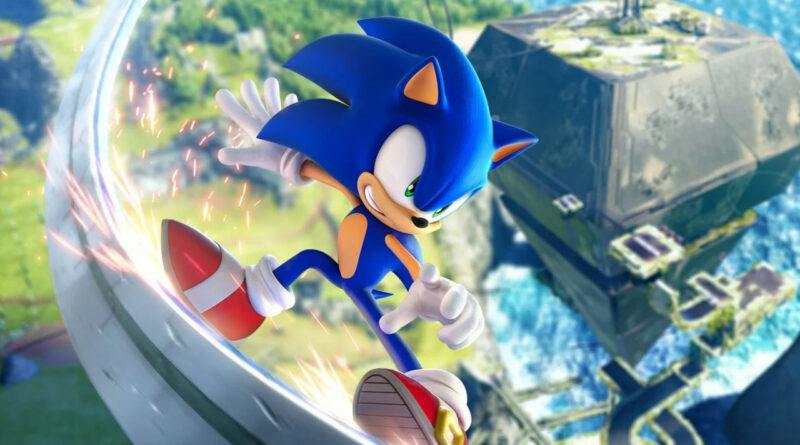 Sonic Frontiers guide to defeat all island bosses. Discover all the tricks, techniques and weak points of the enemies. Sonic Frontiers is available on Switch, PC, Xbox, PS5 and PS4. If you need to increase your stats to defeat a boss, follow our dedicated article.

Ninja is one of the first bosses you may encounter in Sonic Frontiers. This boss spawns in Kronos Island. During the fight, the most effective technique to defeat Ninja is to use parries to counterattack his attacks. You can also immobilize it on the ground using the cyloop.

Asura is surely the first major boss you will see on Kronos Island. To fight Asura, you will first have to wait for him to release one of his arms to the ground. Once on the ground, climb his arm thanks to the blue halo to reach his heights. At the top hit one of his three weak points to break his arm. Break his other two arms to destroy him. Watch out, after he loses, an Asura arm protects himself. Its other two weak points will be protected by lasers and red halos knock you back. Use the Sonic Boom technique if you have it to reach it safely. Otherwise, beware of lasers.

Tower is a boss on the Isle of Kronos. It is a giant tower made up of several blocks. Use your charge and punches to destroy its blocks. You must manage to reach his head to defeat him. Pay attention to the ring that it protects it.

Squid is a flying boss on the island of Kronos. The hardest part of fighting Squid is getting to him first. Track his movements to find an opportunity to get on top of him. Once on it, dodge his shots to reach it. Hit him in the head while dodging his blows. Repeat the technique once or twice to defeat him.

Giganto is the final boss of Kronos Island. At the start of the fight, Sonic is vulnerable. You will first have to climb on one of its limbs to reach the top of its head. Help yourself to the blue halos on his body to speed up your ascent. Once above, interact with the Chaos Emerald to transform into Super Sonic. Your duration in Super Sonic depends on your number of rings possessed, it decreases every second. Do not waste time. Go for Giganto to hit him. Use a parry whenever you can against Giganto’s attacks to counter him. This is the most effective technique to cause the most damage. Repeat the technique throughout the fight to defeat him. If you’re no match for Giganto, boost Sonic’s stats with Koco Hermit.

Strider is an island boss in Ares Island. At the start of the fight, use the rails to reach it. Once at his level, color the circular rails around him to reveal his weak spot. Hit him as soon as his weak point is visible. In the second phase, the objective is similar to the first, but Strider defends himself with lasers. Dodge his attacks to complete the circular rails and finish him off.

At the start of the fight with Sumo, you will be locked with him in a cage. Use the cyloop technique to immobilize it. Use the arena ropes to propel yourself at him and cause damage. Be careful, some ropes can become electrified, avoid them so as not to lose your rings. Continue the technique to defeat Sumo.

The Shark is a boss on Ares Island. At the start of the fight, Sonic must grab onto the beast’s tail. Perform the Quick Time Event to be able to sustain Sonic. If you hold the bar enough, you will have an opportunity to reach Shark. Take this chance to destroy it with your blows.

Towers are a variant of Tower. They appear in the main story on Ares Island. You will have to destroy the Towers within a given time. Dash the Towers and run up their column to reach their heads. Destroy the head directly and quickly move on to the next one. Destroy all four Towers to complete the quest.

Wyvern is the final boss of Ares Island. Initially, you will need to climb the nearby tower to be able to reach it. Once within reach hit it to turn Sonic into Super Sonic. The goal is to reach and hit Wyvern’s head. Parry the missiles sent from Wyvern to speed up your run towards his head and cause him some damage. When you are near his head, hit him. Parry and counter his attacks to cause him great damage. Be careful, Wyvern’s attacks are fast, pay attention to his movements to counter him. During the second phase Wyvern doubles its attacks. Be prepared to parry his attacks several times before countering. A final Quick Time Event closes the battle, execute keys to end the fight.

Shinobi is a more aggressive variant of the Ninja in Chaos Island. Use the cyloop and parries to put him down.

Fortress is a boss on Chaos Island. Follow it to get on its rails. Once on board, avoid its traps to reach it. Hit it a good shot to advance to phase two. Fortress increases its traps and becomes faster. Use the speed boosts in blue on the rails to speed up your slide. Join Fortress again to finish it.

Spider is a boss in Chaos Island. Use the cyloop to immobilize all of its limbs. Once vulnerable, Spider sends you flying. Enter the rings to cause damage to him and break his armor. Back in combat, hit him to finish him off.

Excavator is a variant of Tower on Chaos Island. Thanks to your new abilities and the heights of the island. Jump to hit him with Sonic Boom or slashes to the head directly. Use the cyloop to destroy his spikes. Once his head is destroyed the fight will be over.

Knight is the boss of Chaos Island. At the start of the fight, Sonic must wait for Knight to drop his hand to the ground to reach him. Once on the ground, climbed on the rails of his hand to climb on his body. Interact with the Chaos Emerald on its head to transform. To fight Knight, you must hit him in the head. Knight protects himself with his shield. Wait for an opening to gain access to its head. You can then counter his attacks to destabilize me. The second phase comes after you lose your rings. Sonic climbs onto Knight’s shield disk after the cutscene. Avoid the missiles and go for Knight to trigger the third phase. Knight gets angry and swings his shield around the arena. Intercept Knight’s shield with a parry to send him back in the face. Knight will be immobilized and vulnerable to your blows. Be careful, Knight can still attack. Use this opportunity to parry and counter his attacks.

Excavator is a more aggressive variant of Tower on Ouranos Island. It now attacks with missiles and lasers. Destroy all its blocks to reduce its height. Once in range, jump at its head to destroy it.

Master Ninja is a more aggressive variant of the Ninja in Ouranos Island. Use the run-loop and parries to put him down.

The final fight begins directly in Super Sonic. Like all previous story bosses, the head is its weak point. Dodge his turrets to reach and hit him. Supreme responds with an attack. Use a counter to counterattack. Use the same technique to destroy it in phase two. Complete the QTE to complete Sonic Frontiers.