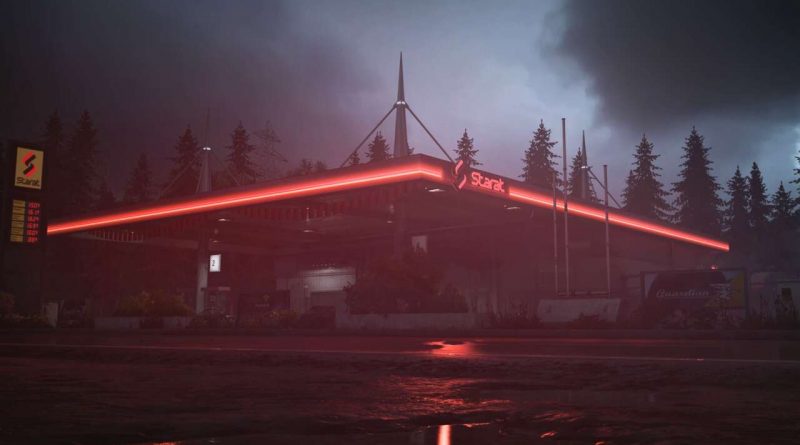 Versatile Assassin : Complete Berlin’s versatile challenges
Suck a Bag of Bricks : Throw the brick bag on the catwalk or roof on one of the targets.
Waaagh! : Kill a target with a scrap sword. The junk sword can be found outside the juice bar. She’s between the containers.
Straight Shot : Kill one of the targets with a bullet to the head.
Tasteless, Traceless : Kill a target with deadly poison, you can equip it in the preparations for the mission if you have the right level of mastery.
Somebody Could Hurt Themselves : Kill one of the targets in an accident. You can perform this assassination by following the assassination « Crane Trauma. »
Hold My Hair : Drown an officer in the toilet. You can easily do this by following « The Wurst Delivery ».
Piano Man : Assassinate a target with the piano wire. You can equip it in the preparations for the mission.
Crane Trauma : Kill Agent Thames with the crane. You can pull the pulley or activate the crane with a fuse.
How the Turntables : Go to the back of the dance floor, take the DJ costume. Dismiss the DJ to take his place and start the climax of the show. During the final hit both targets to succeed.
Drive it Home : Kill five targets and the others will try to flee. Intercept them by the rear entrance.
Rule of Threes : Arm a sniper 47 in employee hideout. Collect the weapon and stand at the top of the radio tower. Be careful lasers can detect you. Then kill the three targets: one at the greenhouse window (Tremaine), one on the club roof (Green) and one near the crane (Thames).
The 47th Trick in the Book : Eliminate Tremaine with his own gun. His rifle is above the greenhouse near a window.

The Golden Ticket : Get a ticket for the juice bar. You will easily find it sitting on a table behind the projection bar.
The Wurst Getaway : Leave the area by scooter
Shortcut: Entrance Backdoor : Unlock the shortcut at the back of the club
Scavenger : The Scrap Sword can be found outside the Juice Bar. She is between several containers near the canal.
The Candy Man : Disguise yourself as a trafficker, he prowls the track next to the club’s dance floor.
Discover Berlin : Discover the 22 zones of Berlin
Full Throttle : Leave the level with your motorbike.
Chameleon : Disguise yourself with the 10 outfits : Club Security, Club Crew, Rave On Suit, Bartender, Biker, Dealer, DJ, Florida Man and Food Delivery Guy
Shortcut: Biker Basement Door : Open the shortcut to the greenhouse basement.
The Party Starter : Dress up as a DJ, he’s at the back of the dance floor.
Shortcut: Skylight Ladder : She sits on the rooftops above the club
Der Ami : Dress up as Florida Man. He moves around the club near the projection bar.
The Wurst Disguise : Disguise yourself as a delivery man, he can be found north of the juice bar near the containers.
The Club Owner : Disguise yourself as Rolf Hirschmuller, he is in his office. The office is located behind the DJ booth to the northeast.
Devil’s Dandruff : Find a brick of cocaine in the greenhouse.

Sweet Dreams : Take a cocaine brick from the greenhouse and throw it at the trafficker.
Spree Party : Throw one of the targets into the channel. You can do this with Swan who is nearby.
Concrete Ornithology : Take a picture of seven chick tags. They are tagged on the walls outside west.
Trophy Au Naturel : Take a picture of the naked man dancing at the top of the club track.
Coconut Ball Surprise : Throw a coconut from the juice bar on Florida man in the club.
The Wurst Delivery : Go north of the juice bar to find a delivery man near the containers. Take his clothes and the keys to his scooter. Press the bell behind the scooter to summon the biker and complete the delivery.
Whiteout : Throw cocaine in the fan on Chamberlin.
T-47 : Start as a biker and kill five targets with a shotgun. Exit through the motorbike exit.
Paging Dr. Greenthumb : Poison Rhodes in the greenhouse with rat poison or insecticide with the sprinkler unit.
There was a Fire Fight! : Meet in Rolf Hirschmuller’s office. At the back is the DJ booth to the northeast. Neutralize the leader and take his clothes. Take the chef’s number book and use the phone to summon Montgomery. During your upkeep, tap point on the table and eliminate the targets.
Herr Ziegler Plus One : Meet at the entrance of the club. Several bikes are parked in front of the club. Interact with the bike near a bathtub. Talk to the man on the phone in front of the club tail to get in.
Juiced Up : Serve Agent Swan a juice in the juice bar as a waiter.