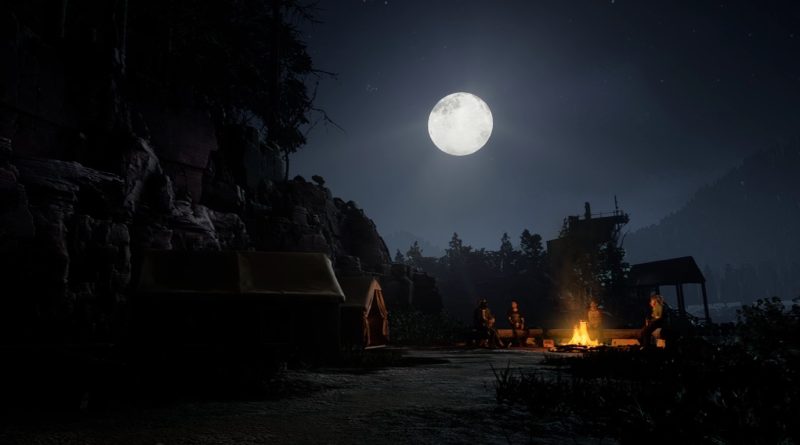 The Quarry Walkthrough: Find out how to save and keep alive all the characters of The Quarry. How to have the best ending? How do the Hackett family survive? How to save all monitors?

The Quarry is a particular adventure where each character is linked to the fate of another. Several events can lead to his salvation or his death. It is currently impossible to save all the characters but it is possible to save a good number of them to get the best « Worst Night » ending.

How to Save All The Quarry Characters

How to save Max Brinly ?

Max Brinly is Laura Kearney’s boyfriend. He is the first infected of the adventure. He is led to be isolated on an island to protect himself from infection. To save Max, he must stay on Quarry Island at all costs or die at the hands of Caleb Hackett. Ryan must shoot Chris Hackett with a silver bullet to cure him of the infection.

Jacob is Emma’s boyfriend and if the monitors are stuck in the quarry, it’s her fault. Two factors are essential for it to survive the night. You must first pass all his QTEs to avoid being infected. You must not be hostile with Bobby Hackett who actually wishes to protect him. Later, her fate rests in Ryan’s hands. When he returns to the campfire in Chapter 4 « Don’t Panic », don’t shoot the brush for him to join the party. After his capture by the Patriarch, he is locked in a cage in the Hackett Mansion in Chapter 8  » The Belly of the Beast ». To free him and save him, you must activate the levers with Ryan corresponding to the two gates of his release on the right. Activate lever one and three and lever three and two to get him out of the mansion safe and sound.

How to save Nick Furcillo ?

Nick is the boyfriend of Abigaik Blyg, he is the second monitor to be affected by the infection. Nick doesn’t have a lot of playable phase, just succeed in all his QTEs when you play him. In reality, his fate rests in the hands of the other monitors. In chapter 8 « The Belly of the Beast » you have to protect him from Laura Kearney in the mansion with Ryan so that he doesn’t die from a bullet in the Hackett mansion. Laura must shoot Silas with a silver bullet to cure him of the infection.

How to save Abigail Blyg ?

Abigail Blyg is Nick Furcillo’s girlfriend. Introverted, he will need a lot of courage to survive. One of the factors for Abigail to survive and pass all of her QTEs. In the second chapter you have the possibility to break into the shed number 10. Open the door to unlock a hiding place against Kaylee Hackett in chapter 5 « White noise ». Intervene with Kathleen in Chapter 6 « Prayers by night », during the hug by the pool to save her from Nick. Later, during the confrontation in the dorms, shoot Nick with Abi to scare him away. If all goes well, Abigail should join Emma in the camp shelter until the end of the night.

How to save Emma MounteBank ?

Emma is Jacob’s girlfriend. Although she is annoying, you have to pass all her QTEs to avoid getting infected and save her from the night of the quarry. On the island in chapter 4 « Don’t panic » protect yourself from Max the werewolf with the taser and the bear repellent. Escape through the cabin hatch. She should join Abigail in the shelter of the camp until the end of the night.

How to save Kaitlyn Ka ?

Kaitlyn is the reckless instructor of the group. She knows how to shoot and her talents could be useful to her to spend the night. In the chapter of the matriarch Kaitlyn to her fate in the hands of Dylan. Save Kaitlyn by warning Kailyn of Caleb’s arrival and pass all the QTEs so that she doesn’t get bitten in the dump. Continue in Chapter 10 « Bricks and mortar » in the cabin by defeating the fight against Caleb using Abigail’s silver ammo to survive the night of the quarry.

How to save Dylan Lenivy ?

Dylan is the jack-of-all-trades of the group. He is also close to Ryan. As with all other characters, pass all of his QTEs for him to survive. In Chapter 5 « White nosie » he is infected by Kaylee Hackett. Use the chainsaw with Ryan to stop the spread of infection. He should join Katelyn in the chalet finale by hiding in the kitchen.

How to save Ryan Erzahler ?

Ryan is the main character of The Quarry. To lead him to the end of the journey, be sure to successfully complete all his QTEs. Near the end of the game, Ryan is injured with a knife. Choose to keep the knife in the wound so you don’t get spotted. You will have the option to choose to infect him to survive his mortal wound. Choose the bite to heal his wound and for him to continue the adventure. Shoot Chris in the mansion to recover from the infection.

How to save Laura Kearney ?

Laura Kearney is the first victim of the career with Max. Strong and hardened, she knows the weak points of her enemies and sweeps away everything in her path to achieve her goal. His scenes are often linked with Travis, stay cooperative with him to ally yourself. In chapter 8 « The Belly of the Beast » preserve Laura from her impulses by not attacking the Hackett family and the werewolf in the cage. Run as soon as you have the opportunity and pass all his QTEs to survive except for the confrontation against Constance Hackett. Ryan frees Laura from the infection by killing Chris in the mansion.

How to save Bobby Hackett ?

Bobby Hackett is one of the Hackett siblings. Slightly inspired by Sinok from the goonies, this big brute can be saved. Bobby Hackett shall not suffer any injury from the camp monitors. When you have the chance, spare him all mortal blows, shotgun blasts or strangulations. Remember, you always have a choice in The Quarry. Bobby is essential to the survival of his father Jedediah.

How to save Jedediah Hackett ?

Jedediah is the patriarch of the Hackett family. In chapter 9 « The Matriarch » the father can be saved. In the mansion Laura is confronted opposite him. Run instead of attacking him so as not to inflict a mortal wound on him. Later in the chapter, Bobby must survive to save Jedediah from the transformed Chris.

How to save Constance Hackett ?

Constance Hackett is the matriarch of the Hackett family. In chapter 9 « The Matriache » She can be saved during her confrontation against Laura in the mansion. Deliberately failing the QTE against her so as not to kill her in the face. Run away from the residence with Laura so as not to attack her. Constance survives the night thanks to the preservation of Laura’s urges.

How to save Travis Hackett ?

To save Travis Hackett, cooperate with him with Laura. Do not attempt anything against Chris Hackett with Laura except to inject the syringe into his cell in Chapter 6. Any action could be fatal to him. Chris must die to save Travis in Chapter 9 « The Matriarch ». In the end, you must raise your weapon without hesitation to kill Silas, otherwise a deadly confrontation may occur and kill Travis.

How to save Caleb Hackett ?

Caleb is the werewolf Kaitlyn fights at the cabin and keeping him alive just means letting him kill you. Again, this leads to a bad ending, saving him leads to you failing to complete the « Rough Night » best ending.

How to save Kaylee Hackett ?

Kaylee Hackett cannot be saved. She dies offscreen facing Laura in a cutscene. It’s a story trigger and can’t be removed right now.

How to save Chris Hackett ?

You can save Chris in chapter 9 « The Matriache » You must not shoot him with Ryan, however this act causes the death of Travis, Laura and Ryan. This action leads you to not achieve the best « Rough Night » ending.

How to save Silas Vorez ?

To save Silas, don’t shoot him with Laura in the final chapter in his lair. This action causes Travis, Laura, and Ryan to die, and the infection will continue to spread through Hackett’s Quarry. Saving him leads to you failing to complete the best « Rough Night » ending.