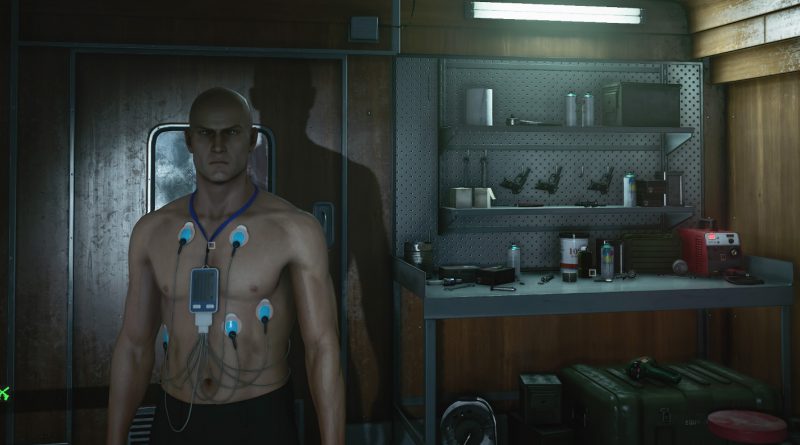 Snow Angel : Kick a guard off the train by pushing him from behind
The Gun Muffler : Make a silencer in the workshop
Exhibition Shooting : Pull over the railway signaling. It is on the roofs of the wagons
Soda Slinger : Hit 3 guards with soda cans.
Button Masher : Unlock the numeric keypad at the start of the level. The code is on poster 1979
A New Father : Take the syringe at the end of the level. Wait with in front of the target. The Constant offers you to inject it. Inject the syringe on yourself and enjoy a pretty easter-egg.

Eliminate the Constant with a weapon and not the syringe.

To succeed in the silent assassination. Do not change your costume, use the windows of the wagons to the maximum to avoid fighting. Rusty nails allow you to unlock access to some cars. At the head of the train, use flash grenades and fuses while overloading the lights to stun the armed guards. In offices, puncture water tanks to clear your way.