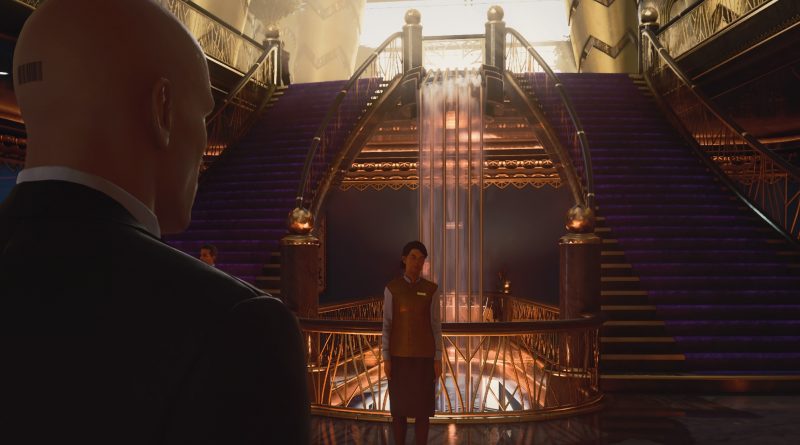 (In)Security : Infiltrate the staff area by passing at the right time through the reserved door behind the bar. Find the missing recruit in the locker room. Get the rookie’s orders on the locker room bench. Steal the costume from one of the guards. You can easily get a costume in the “Laundry” room in a shelf. Report to the security post. Wait for Marcus at the security post. Follow Marcus to the balcony and kill him.
How The Mighty Fall : Approach terminal 47, near assassin Kazem. Lucas Gray wants to send a message to Providence. You’re going to have to go upstairs to reach the servers. If you fail, you’ll need to grab a maintenance card from one of the employees and use it to create a mock meeting. Now go up to the Penthouse to find your two targets in one place. Close the Penthouse with the button on the counter. Wait until the targets are under the chandelier to kill them in one hit.
Bird Of Prey : Take the Kazem costume. Introduce yourself to the hostess to introduce you to Ingram. After seeing your target, you need to deal with a reporter in the crowd in the main hall. Take it to the toilet to get rid of it. Take a picture of your victim and show it to the hostess and then to Ingram.

Piano man : Equip Agent 47 with his piano wire in preparation for the mission. Use the piano wire to kill one of the targets.
Versatile Assassin : Complete the Versatile Challenges in the storyline « On Top of the World. »
Tasteless, Traceless : Use deadly poison to kill one of the two targets. (the assassin carries one with him)
Hold My Hair : Use an emetic on one of the target’s glasses to get him down the toilet and drown him.
Straight Shot : Use your pistol to kill the target with a headshot.
Someone Could Hurt Themselves : Kill one of the targets during an accident. Follow the Icarus assassination to complete the challenge.
Pick Your Poison : Take the poison from Kazem and add it to Ingram’s dish in his Penthouse. Ring the bell for him to come and eat his deadly meal
Vertical Approach : Eliminate Marcus Stuyvesant by pushing him over a railing. You can easily do this by following the intrigue (In) security
Angry Birdy : Dress as penthouse guards to make your job easier. Start by spotting the golf course outside the Penthouse. Climb down the maintenance ladder to pick up the explosive golf ball from the maintenance room. Place the ball in the golf bin. Piss off Ingram with the radio and vacuum cleaner when he’s on his voice recorder. He then tries to get some fresh air by doing a game and boom!
Black Gold Eye : Follow the mission story « Bird of Prey ». Before leaving the office, press Ingram’s skull on the miniature.
Impactful Art : Eliminate both targets with a single chandelier. You can easily perform this action during the storyline « How The Mighty Fall. »
Mile High Drop : Eliminate each target as they parachute through the air. You will need to find the two evacuation cards to activate the emergency evacuation in both terminals of the Penthouse. To find the cards go to the two security rooms behind the scenes of the building. Two safes contain the two cards. A code written on a blue adhesive note hung on a board allows them to be unlocked. The code is the same for both chests. Take care to sabotage the parachutes with a kitchen knife available in the kitchen and knock out the helicopter pilot at the helipad. Quickly activate the evacuation from terminal to terminal and watch the show.
Conserving Ammunition : Eliminate both targets with a sniper bullet. Proficiency level 20 is required to complete this mission.
Steep Task : Throw Ingram off by pushing him off a guardrail. You can easily kill him that way when he’s smoking in one of the Penthouse balconies.
Icarus : Find a fuse. You can pick up the one in the fuse box backstage at the art gallery. Use the fuse on the gallery Sun’s power panel. Activate the sun when Marcus Stuyvesant visits the gallery. He usually pays a visit at the start of the game.

Discover Dubai : Discover all the unexplored areas of Dubai.
Easy Breezy : Open all the electric shutters with the telephone.
Rotor Man : Dress up as a helicopter pilot. You will find him in front of the helicopter at the helipad.
Shortcut – Penthouse Terrace Ladder : Unlock the penthouse terrace ladder shortcut.
Wet Worker : Disguise yourself as Kazem. You can knock him out easily by trapping him with the radio in the small garden.
Rotor Ready : Get the key to the helicopter from the pilot. Be careful, the key may fall on the bottom floor.
Shortcut – Ventilation Area Ladder : Unlock the shortcut behind the penthouse.
Elite Heat : Disguise yourself as a penthouse guard (You will find them above at the penthouse level)
Hot One : Disguise yourself as a chef (It can be found in the kitchen of Ingram’s Penthouse)
Toothpick : Obtain a scimitar. (It is in the living room of the Penthouse)
Waiter Cater : Disguise yourself as an employee.
Shortcut – Atrium Lobby Door: (in progress)
Here Goes Nothing : Escape the Burj by parachute. It sits outside by Marcus’s balcony in the “(In) security” storyline.
Grand Connection : Échappez-vous par l’ascenseur du penthouse.
Pocket-Sized Empire : Get a miniature model of a skyscraper (it can be found at the back of the Penthouse entrance)
Shortcut – Helpiad Ladder : It is located behind the art gallery.
Ground Floor, Please : Escape by the atrium elevator.
Key to the Sceptre : Find the Penthouse Key (you can easily find it in the security room).
Servant Exit : Exit the building using the staff elevator.
Up and Away : Escape by helicopter. Take the key from the pilot’s body
For Emergencies Only : Obtain the evacuation pass by folowing « Mile High Drop »
Chameleon : Disguise yourself as a helicopter pilot, event security, technical art crew, penthouse guard, chef, event employee, maintenance employee.

Meet the Stuyvesants : Marcus’s daughter is on the terrace near the art gallery. Take care of Lucy with a drop of rat death in her glass to let the father join his daughter.
Suiting Attire : Leave the level with the parachutist outfit left in the locker room.
Precious moments : Take a photo of the meeting between the father and the daughter, see solution above
Mission Story – (In) security : Complete the mission story « (In) security
Geronimo : Complete the assassination The harder the fall will be, see solution above
Chip and Dip : Hack into the server room without raising an alarm.
Cashing Out : Neutralize Sheikh with a Gold Bar. You can find an ingot in the locker room in the atrium.
Nightcrawler : Take a photo of Sheikh sleeping in the Penthouse guest room. You’ll need to have a crowbar or the Penthouse key to find out.
Mission Sotry – Bird of Prey : See the solution above
Disturbing the Peace: Disturb Carl Ingral while he’s on his dictaphone, see Angry Birdie assassination above
Mission Story – How the powerful fall : See solution above
High Rise Drop : Push someone out of an elevator shaf

[Guide] Everything is for humanity – Full Walkthrough

[Soluce] Everything is for Humanity : Solution Complète [FR]